Looking for Places to Stay in St. Augustine, Florida – Bayfront Marin House Is A Great Choice

I have an unrequited love affair with Bed &Breakfast’s. The reason they are so quaint and adorable is because they mainly cater to adults, couples (honeymooners or romantic getaway-ers). In other words, not kid friendly. Most of the B&B’s that I have contacted in other parts of the country have told me that they can put my family in their largest rooms with two beds, but eating breakfast with the guests is not allowed. Without using these exact words they said: The guests don’t like to be bothered by kids.  And quite frankly, if I was on my honeymoon the last thing I’d want is be bothered by someone else’s kids.

The reason why is that most B&B’s don’t have outdoor space for the kids to burn off their energy.

But I didn’t give up. After a good long search I found the Bayfront Marin House in St. Augustine, Florida and contacted Sandy (the owner).  From the website there was clearly an absolutely adorable courtyard and right on the waterfront, so I felt there was hope.

Sandy responded within minutes excited that I wanted to stay there with my family and  young kids!

During our back and forth correspondence, Sandy mentioned that they just opened two-bedroom beach cottages less than ten minutes away, and staying there gives you all the privileges of staying at the main Inn. Those benefits included free parking in Historic downtown St. Augustine, breakfast and afternoon tea and drinks. 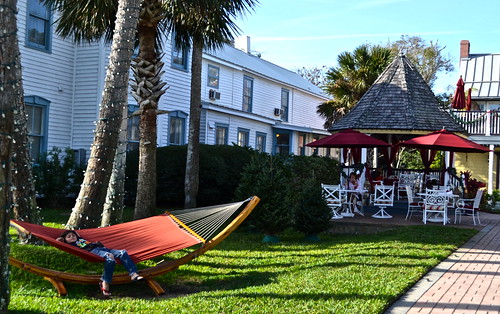 After thinking long and hard, we decided on the beach cottages. Having two bedrooms and living room with a full kitchen sold me. But we did enjoy our breakfasts.

My family and I have stayed at MANY hotels that included breakfasts, but none can compare to the Marin House’s feast. In our rooms we received an order sheet of what we’d like to get for breakfast to be filled out the night before. From reading it, it basically asked if we wanted to have toast, fruits, yogurt, and cereal. It didn’t sound like too much so I checked them all off.

The next day when we arrived we were led to the gazebo, I requested that – you can also sit at the outdoor tables, and the food started to come out. 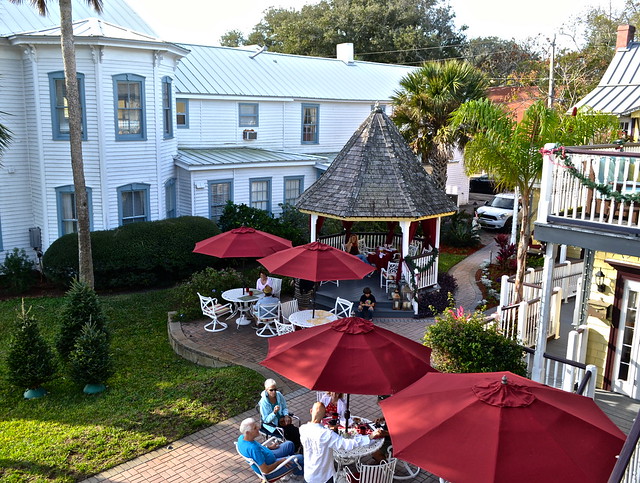 I must have missed the breakfast special that everyone gets which is a HUGE quiche with bacon.

After our bellies were bursting out of us, I wanted to get a quick tour as the kids ran around and swung in hammocks burning off the energy. 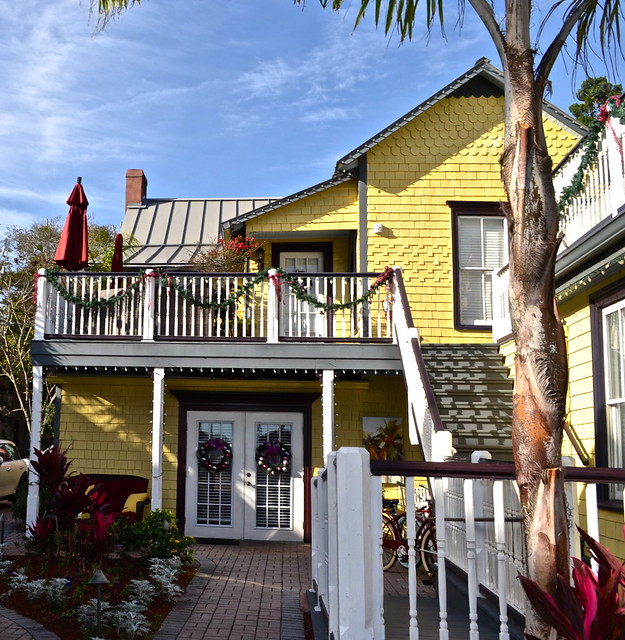 The rooms are elegant with bathtubs and amazing views. 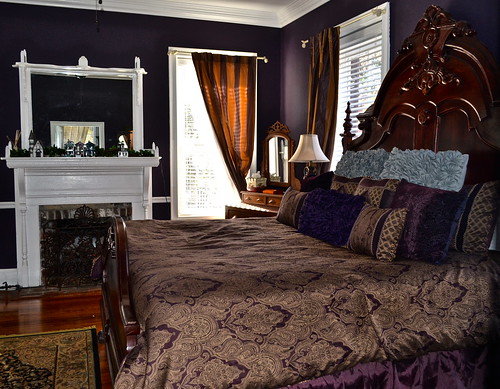 The service was great. Sandy and Mike (the owners) are super accommodating, the staff is friendly, not in your face yet always there when you need them.

As with most things in St. Augustine history plays a major role for every building and most parks. The same holds true for the Marin House.

Marina Kuperman Villatoro CEO of TravelExperta.com, a travel resource site to inspire families to travel with kids of all ages. Marina has been an expat 20+ years in Central America raising 2 boys in a multicultural, trilingual household. She travels all over the world with her family to give first hand experiences of where to eat, stay and play with kids. Needless to say, it’s never boring! Join Marina on Facebook and Twitter for more unique and boutique family travel!
View all posts by Marina Villatoro →
This entry was posted in Family Travel, Florida Hotels, Hotel Review, Northern Florida, Review, St. Augustine, United States, United States Hotels. Bookmark the permalink.

3 Responses to Looking for Places to Stay in St. Augustine, Florida – Bayfront Marin House Is A Great Choice