South America is finally starting to really open up as a cruise destination for those families who are looking for a bit more than a stately progression around the ports of the Mediterranean or a wildlife cruise closer to home. South America offers plenty of wildlife and many of its coastal towns and cities are as exotic as anything you’ll come across in the Mediterranean. There’s a rugged natural beauty here, with jungles spilling down to the beaches, mountains like props from the Lost World soaring into the distant clouds and a great variety of historic cultures and peoples. The continent is vast and often inaccessible, so cruises around its coastline are the perfect way to see as much as possible over a couple of weeks. Although an increasing number of cruise ships ply the coastal waters of South America there is no congestion as you frequently find in the Mediterranean or even Alaska, with plenty of room for docking and sailing throughout the year. 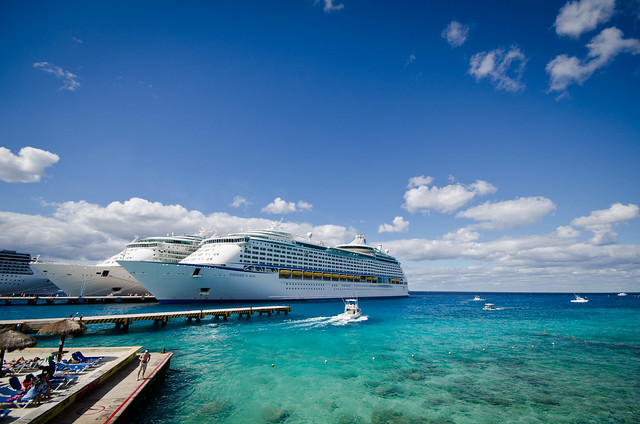 South America is of course simply too huge a land mass – thousands of miles and 14 separate countries – to cover it all in the course of a single cruise, and weather conditions fluctuate wildly, from equatorial Amazon to freezing Antarctic in the south. Nonetheless, there are two major routes which don’t connect and offer completely different cruise experiences.

An around-the-horn cruise will take you from Buenos Aires to Valparaiso and take in the beauties of Cape Horn and Patagonia and many of the fjords which characterise this southernmost part of the continent. The landscapes are wild and rugged and look as if they’ve hardly been explored, like relics of prehistory dumped into the modern age. The other trip on offer is a cruise down the Amazon between Manaus and the Atlantic Ocean at Buenos Aires or Rio de Janeiro.

A cruise round the horn typically lasts 14 nights and takes passengers right around the infamous Cape Horn at the extreme southern tip of the continent and closest point on it to Antarctica, just a thousand or so miles to the south. The itinerary, after leaving Buenos Aires, includes such highlights as the awesome fjords of Chile, which make Alaska’s look like tinker toys, and the vast mountains and deserts of wild Patagonia, a primeval region stretching between Chile and Argentina. Antarctica is included in some cruise itineraries as a short excursion from the shore at Punta Arenas.

The ports of call are limited due to the remote nature of many of these areas, with only a handful of stop-offs at towns between Buenos Aires and Valparaiso. The Falkland Islands are frequently on the itinerary, and tea in Port Stanley is always something to remember.

The mountains, lakes and pampas of Patagonia resemble the wilder parts of Scotland and the killer whales and penguin colonies of the great national glacier parks are a highlight of the cruise.

It’s worth pointing out that cruise ships do not actually go around the Horn itself but rather navigate through various calm channels such as the Beagle Channel running between Argentina and Chile where the landscapes of mountains and glaciers are quite stunning.

The season for South American cruises runs between November and early May, and some cruise lines also take passengers farther afield to places like the Galapagos Islands and for longer stays in Antarctica.

David Elliott is a freelance writer who loves to travel, especially in Europe and Turkey. He’s spent most of his adult life in a state of restless excitement but recently decided to settle in North London. He gets away whenever he can to immerse himself in foreign cultures and lap up the history of great cities.