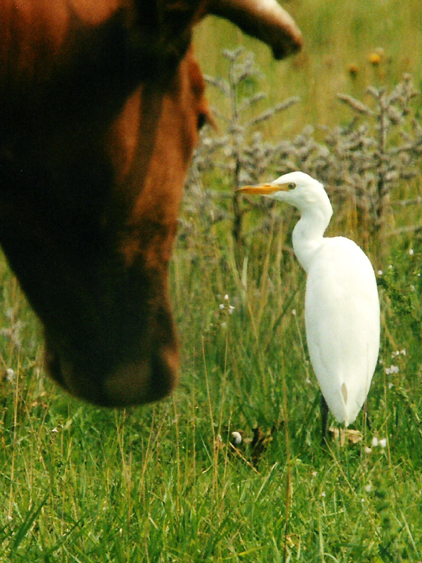 The Cattle Egret is a cosmopolitan species of heron. These guys are found all over Central America and in Costa Rica they can be found in theManuel Antonio National Park.

1. The Cattle Egret feeds on a wide range of prey, particularly insects like grasshoppers, crickets, flies, and moths, as well as spiders, frogs, and earthworms.

2. Life span in the wild is unknown. But cattle egrets at Woodland Park Zoo have lived more than 10 years.

3. Some populations of the Cattle Egret are migratory but others only show post-breeding dispersal.

4. They can be found in the tropics, subtropics and warm zones from Central America. 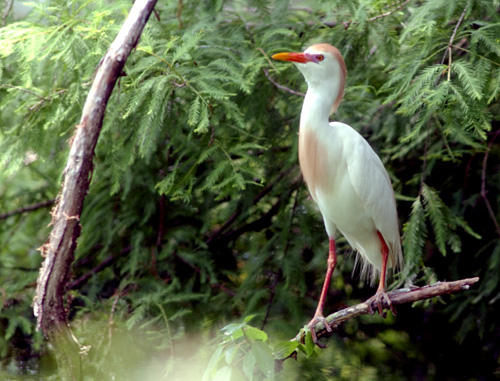 5. The cattle egrets daily routine is to leave their roost at dawn to seek for food and flying in long, crooked lines. As night approaches, they return to their roost.

6. The Cattle Egret is a colonial bird, the nests are often, but not always, found around bodies of water.

7. In the breeding season the male displays in a tree in the colony, using a range of ritualized behaviors such as shaking a twig and raising its bill vertically upwards and three or four days later he gets a couple.

8. Its global population is estimated to be 3.8 – 6.7 million individuals. This means they are in the Least Concern group. On the other hand the expansion and establishment of the species has led it to be classed as an invasive species.