The 15 Coolest Places to Visit in Australia 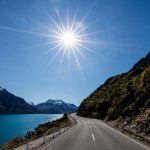 You’ve probably seen Sydney before, at least on TV–the New Year’s Eve fireworks over the Sydney Opera House for example.

In person, Sydney is the best of both worlds–a busy city and a relaxed beach town.

There’s even nature, right at the heart of Sydney. National parks circle and cut right into the center of the city, which means that the native wildlife tends to show up in the oddest places, like cockatoos on balcony railings.

This also means that you have a great opportunity to escape the city life and slip onto some trails. If you want a truly scenic view, check out a mountain bike hire and take a journey through one of the parks–you’ll be amazed what you find.

Of course, there are urban attractions abounding as well. There’s the Sydney Opera House or the Royal Botanic Garden. And there’s the Sydney Harbor Bridge, which offers you incredible panoramic views of the city.

Even if you travel to Sydney Harbor in winter, there are plenty of great ways to enjoy the city.

Fun fact: Australia’s Gold Coast isn’t actually a stretch of golden beaches (though it has those too). It’s actually Australia’s sixth-largest city.

As you might guess from the name, Gold Coast is home to 43 miles of coastline, including some of the most popular surfing beaches in the country.

For the foodies, you won’t be disappointed by the Paddock Bakery, one of the few remaining Queensland houses, or by the Fish House in Burleigh Heads, which is one of the best places to sample Australian seafood.

All told, the island is only about 11 kilometers from one end to the other. If you’re worried you can’t find enough to occupy you in 11 kilometers of an island, you haven’t visited Lord Howe Island yet.

It’s green. Very green. Mount Gower is covered in rain forest, and the interior is full of banyan trees and kentia palms. The island is the only place where providence petrels breed, so if you’re a keen birdwatcher, head to the island’s northern cliffs.

And if you look to the water, there’s just as much life–sea turtles, clownfish, lionfish, doubleheader wrasse, giant clams, you name it.

If you love sailing, the Whitsundays region is a must-visit.

Situated at the heart of the Great Barrier Reef, the 74 islands that are part of Whitsundays are famous for clear waters and beautiful landscapes. Sure, you could take a trip to Europe–perhaps the Mediterranean–but why would you want to when you could go sailing Whitsundays in these clear (and uncongested) waters?

For example, you could visit the iconic Whitehaven Beach, a beautiful beach on Whitsunday Island boasting 74-kilometers of white silica sand. And at the northern end of the beach is the Hill Inlet, where the tides shift to create a fusion of colors.

Basically, if you want a tropical paradise, look no further than Whitsundays.

If you’re curious about Aboriginal culture, you can’t do much better than a visit to Broome, at the base of the Dampier Peninsula on Kimberley’s far-western edge.

Whatever your particular flavor of adventure, there’s plenty in Broome for you to try.

For example, you could check out the power of the Kimberley tides, as demonstrated by the Horizontal Waterfalls. You could also take a guided tour of the peninsula, like a pearl farm at Willie Creek or a visit to the beautiful James Price Point beach.

For most of the year, Birdsville, Australia is a tiny town on the edge of the Simpson Desert with just 115 people. But for one September weekend each year, it swells to become a horse racing hub for more than 6,000 people.

The first race was held in 1882, and it featured a few local stock horses and spectators. These days, the weekend includes 13 races and $200,000 in prize money.

And if you feel like staying for more than just the horses, there’s plenty for you to see–like a sunset over Big Red, the tallest dune in the Simpson Desert.

If you’re a road trip junkie and have been plotting your sojourn down the Great Ocean Road for months, we can’t blame you. The Great Ocean Road has a bit of everything–world class surfing beaches, rain forest, limestone cliffs, and, of course, the ocean.

Whatever you do, you can’t miss the Twelve Apostles.

The Twelve Apostles (technically, there’s only eight of them) are 150-foot tall limestone pillars which have been carved and cut over time by the wind and water.

Pedestrians can see them from the viewing platforms accessible at the Twelve Apostles Visitor Center. The best time to visit is around sunset.

Tasmania, rather like Birdsville, makes the most of its isolation. And that makes it worth a visit.

Tasmania is Australia’s smallest state, but it’s also the most geographically diverse–over 40% of the region is national park land and world heritage-protected wilderness.

Wherever you go in Tasmania, history isn’t far behind. The haunting landscape around Port Arthur or the convict-built bridges reaffirm the area’s rocky colonial and Aboriginal history.

For those who still love road trips, take a long sojourn through Gulf Savannah.

The Savannah Way runs all the way from Cairns to Broome, and the Queensland section (from Cairns to Burketown) is one of the state’s best road trips.

You’ll feel like you’re looking at a painting as the landscape shifts from mountains to flat grass plains and the network of seasonal rivers. This is the real outback adventure.

Few sights in Australia are quite as iconic as Uluru.

Rising out of the Central Australian desert about four and a half hours from Alice Springs, Uluru is millions of years old and rises higher than the Eiffel Tower.

These days, Uluru and the land around it are jointly managed by the Anangu and Parks Australia. This means Uluru is a living cultural landscape of Aboriginal people–you can still find Anangu performing traditional song and dance called inma.

If you really want a sight, visit Uluru for a sunrise. It’s a killer view (plus, the temperatures can rise to 116 degrees Fahrenheit in the summer, and you might not want to get caught in the heat).

Before you take your Gulf Savannah road trip, it’s a good idea to pause in Cairns to see the Daintree rainforest.

The forest is estimated to be roughly 180 million years old, making it the oldest rain forest in the world. It’s also one of the most complex ecosystems on Earth. Look for wild cassowaries, spot mighty barramundi, and keep an eye out for several different types of python.

If you’re feeling the spirit of adventure, take a ferry across the Daintree River to visit the oldest part of the rain forest.

Would any trip to Australia be complete without a visit to one of the great natural wonders of the world?

The Great Barrier Reef is the world’s largest coral reef, comprising over 3,000 individual reef systems. It’s larger than the Great Wall of China and is the only living thing on Earth that’s visible from space.

The reef itself is teeming with marine life–think 1,500 species of tropical fish, more than 200 types of birds, and 20 types of reptiles including sea turtles over 100 years old.

You can understand why so many people visit the Reef to snorkel, scuba dive, whale watch, and swim with dolphins.

Byron Bay is a popular tourist destination at the northernmost corner of New South Wales.

Once you visit, you’ll know why–Cape Byron Headland Reserve has been called one of the most beautiful places on Earth, full of cliffs, rain forest, and pristine sandy beaches. And you’ll have plenty to see between Byron Bay’s seven nature reserves.

You should also stop by the Cape Byron Lighthouse, which is Australia’s most easterly (and powerful) lighthouse. And, of course, the food at Three Blue Ducks at the Farm or St. Elmo is something to write home about.

If you haven’t noticed yet, Australia doesn’t do anything halfway. Fraser Island is a classic example.

If you’re a fisherman, you’ll love settling in on the Kingfisher Bay Resort jetty or at Indian Head. For everyone else, there’s wildlife tours, helicopter tours, remote beaches, and clear lakes to explore.

Last but certainly not least is Grampians National Park–a.k.a. the park to visit for nature lovers who have a deep-seated appreciation for a good bottle of wine.

The big natural feature here is the sandstone mountains, perfect for spotting dramatic rock formations and Aboriginal rock art (and some kangaroos, too).

Once you’re done touring the park, head to The Gap Vineyard to settle in with a glass of wine. Like we said, Grampians is the best of both worlds.

Adventures Beyond Places to Visit in Australia

We can’t wait for you to discover all these amazing places to visit in Australia. But hey, it’s a big world out there–why not see more of it?

Check out the blog for more practical travel tips (like these exciting ways to keep fit while traveling) and places to visit (click here for all the destinations we talk about on this site).

And if you have a question (or you want to work together) head to the contact page to get in touch.