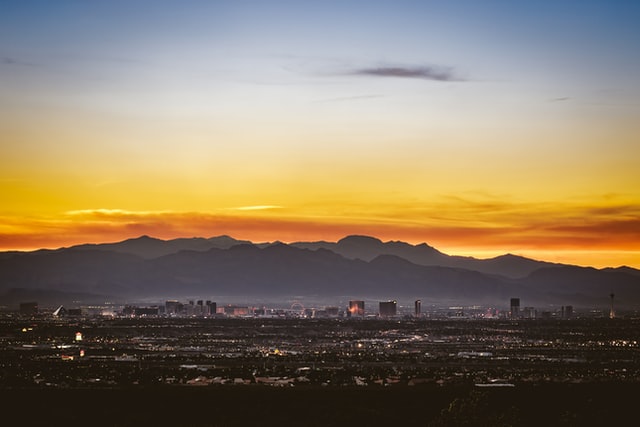 While it is no secret that Las Vegas is hot throughout most of the year, some people find the lack of seasons to be a significant disadvantage. During the winter, temperatures can drop to the upper 50s and low 60s, although the temperature quickly rises from there. It is not uncommon for temperatures to exceed 90 degrees between April and October.  Even though it is regarded as a dry, less intense heat, many find it to be too much. Not to mention that the heat is at its peak during the summer months.

In addition to that, many plants struggle to grow in this sort of climate. It’s difficult to feel like you’re somewhere other than a desert, especially when you don’t get to experience all four seasons.

While many homes in Las Vegas are nice and well-built, they tend to seem very repetitive. Many neighborhoods have homes that are very similar, if not identical to each other. Communities in and around Las Vegas were built very fast due to the fact that houses were built in the same way, and while it worked well to move people in fast, many residents feel a lack of uniqueness when it comes to the home they live in. However, when looking at homes for sale in Summerlin, a master-planned community of Las Vegas, the problem isn’t quite so bad.

The traffic in and around Las Vegas is often worse than in many other major cities. The area has a very strong “24-hour workday” feel as there is always something going on at all times. This means the roads are busy, even at hours you would typically not expect.

Alongside this, there is next to no public transportation. While there is a bus system, ticket prices are often above what most are willing to pay day-to-day.

Lastly, you need a car to get around. Las Vegas and the surrounding area are designed in a way that you absolutely need a car to go anywhere. Unless you are directly in the city, walking anywhere is a tough task.

Gambling and Other Temptations

Las Vegas is known for its gambling, entertainment, and being a place to let loose and have fun. While it does a great job at that, individuals that have a tougher time controlling themselves may have trouble living here. With the constant advertisements for casinos, clubs, and bars, it is easy to get sucked into the Las Vegas culture.

With all the tourism that Las Vegas brings in, it is a city full of people that typically won’t stay for more than a week. While it provides the city with a lot of income, this creates an environment that seems more like recreation and less like work. Recreation isn’t a bad thing, but it can lead to lower productivity and more distractions. The Harry Reid International Airport is constantly bringing and taking new people which makes it hard to connect with people and the community.

While most crime is on par with the rates of other major cities in the United States, some aspects are worse. It is on par with other cities, but compared to the national average it is nearly double. On top of that, sex trafficking makes up for a much larger portion of the crime than in most other areas.

It is by no means unsafe if you take proper precautions, but some of that extra precaution can make many feel as though they aren’t comfortable in their own community.

Drug use is also very common in the area, with many people choosing to do so in the public. It is not uncommon to see someone who is under the influence out in the open.

Pollution in Las Vegas is much higher than in most areas. Much in part to the low availability of public transportation, as well as the sheer number of people and vehicles, Las Vegas rates very poorly in air quality. In 2020, Las Vegas even ranked 9th in the worst cities for ozone pollution by the American Lung Association.

This can be something that is easy to not think of, but at certain times of the year and in certain areas it is very noticeable.

Due to the rising population, schools are opening very fast in Las Vegas. While this is good for the area, the school systems in and around Las Vegas are rated very poorly. Schools are not able to hire teachers as fast as they are opening, meaning school districts are low on teachers and teachers are responsible for much bigger class sizes.

Las Vegas tends to cater to adults as we all know. While there are some areas and attractions that are good for kids, there is a lot that aren’t. This is most apparent in the advertisements in and around the Las Vegas area, which are very suggestive compared to billboards and ads you see around the rest of the United States. This paired with the crime rates and drug use in the area means it isn’t the most kid-friendly area.

With all the people coming and going, it is hard to gain a good sense of community. While the area is very diverse and full of different cultures, this can make it hard for people to connect. Many locals reveal that language barrier are a common problem in Las Vegas. Many more feel that it is harder to connect with neighbors compared to the past places they live. People are much more likely to be focused on themselves and their needs, as comes with the area mentality.

Conclusion – Is Living in Las Vegas Right for You?

In this article, we’ve looked at 10 reasons why moving to Las Vegas may not be a good idea for you. However, for many people, living in Las Vegas is a great experience. Ultimately, it’s up to you to decide whether or not to live in Las Vegas!