10 Must-Eat Vegetarian Dishes In the World

Tired of listening to your non-vegetarian friend’s complaints about how veg food is a myth, how it’s tasteless and has no variety, or how much can you do with a couple of vegetables. Well, here is the ultimate answer to all their complaints and comments. This is a list of ten vegetarian dishes from around the globe that you must try, either you’re vegetarian or non-vegetarian. You should know by now that vegan food gives you energy, well here are ten of the best vegetarian foods from around the world that everyone should try. 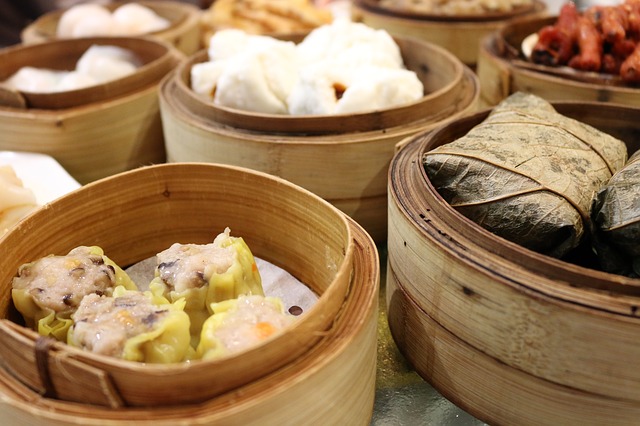 Best Vegetarian Dishes from Around the World

From gol-gappa to pani-puri to puchka, this dish has many names and forms throughout the country. It consists of flour ball filled with different kinds of fillings, then dipped in spicy mint coriander water. The filling and flavors vary from region to region, but the fun of eating remains the same.

Spanakopita is a spinach pie made with an all-time favorite ingredient – cheese. There is not that much to go into this dish, as it is a simple snack that can be eaten at any time of the day. All of these ingredients are packed in a phyllo dough that is baked, making all of it melt in your mouth with every bite.

If you have not heard of Dim Sum before already, it is a loss for you. But it’s not too late yet, DIM Sum is a snack dish that has many small parts to it including buns, pastries, and most important of it all steamed and fried dumplings. This dish is Cantonese by origin but doesn’t take long to become your favorite, especially the dumplings!

The infamous crispy, tasty and healthy tacos can be called the national dish of Mexico. Crispy tortilla made out of corn which is folded and filled with chopped seasoned vegetables. However, the filling can also have meat, but traditionally it is eaten with raw mangoes and salsa too.

Invented in Tainan, Taiwan this tea has reached the Starbucks menu too. It is a milk-based flavored tea. Its specialty is the topical balls also called boba or pearls. It also has a frozen version of it where it is blended with ice resulting in a cold slushy drink.

6. Trdelnik from the Czech Republic

You do remember that most desserts are vegetarian, right? Well, the Czech Republic got theirs just right. Trdelnik is a dessert pastry made in the shape of a cone, baked and coated with delicious sugar-walnut syrup. Like most of your favorite desserts, you can top it with fruits, chocolate, ice cream, whipped cream, and whatever it is that you can think of.

This Burmese specialty is one dish of soup noodles made in coconut milk. Though it does have curried beef and chicken but the vegetarian variant of it is equally tasty. Along with the noodles, it comes with multiple sauces and ingredients to add to the pallet. Thanks to the mushroom cultivation industry in Burma, this adds a Western touch to the dish. Add a dash of lemon juice to make it tangy.

Talking about desserts of Europe Belgium Waffles are the most famous ones, in the whole world. A waffle is a lavender batter cooked on a designed pan resulting in a shining golden, crispy outside that instantly melts in your mouth. The toppings are the best part where you can choose from classic maple syrup and powdered sugar to load it with whipped cream, fruits, chocolate syrup.

9. Trofie pasta with pesto from Italy

This list would be incomplete without pasta in it. These simple, short, thin, and twisted noodles from northern Italy prepared in freshly made pesto sauce is nothing but delicious. Served with red wine this traditional pasta is now eaten and loved by the whole world.

Tabouleh is a Moroccan specialty, served in several Middle-eastern countries. This delicacy is made up of a mix of fresh vegetables including spring onions, tomatoes, parsley, and bulgar. All these ingredients are chopped finely and served with falafel and hummus. It is one of the local’s favorite food as it is easy to prepare as well.